As an alumnus and life long supporter of the marching arts, any time I see drum corps, marching band, color guard, indoor percussion, or indoor winds get some love and recognition outside of our tight knit community, I want to celebrate. Recently, reaction videos have become a major part of the YouTube world, and one of the YouTube channels which focuses on reaction videos is Courtney Coulston. New Zealand Girl, as she calls herself, posts reactions to videos sent to her by her audience, ranging from the military to sports and mainly focused on American culture. One of those videos was of the 2017 Blue Devils‘ victory run. Courtney got hooked and, in the months since, has regularly viewed many Drum Corps International performances, recently branching out to Winter Guard International performances as well. Many marching arts fans and performers follow Courtney’s channel as a result, while her non-marching fans are now exposed to our activities.

There are three other marching reaction video sources I enjoy:

Adam Tan – A percussionist and composer from Australia who hosts a regular show called The Studio on YouTube. One of his segments is “Let’s Watch” where he checks out and reacts to videos submitted by his audience. Some time ago, somebody submitted DCI videos, something Adam had never seen before because there is absolutely no marching activities in Australia. Adam got hooked, has been checking out a bunch of other videos submitted to him, and has talked about coming to DCI and possibly checking out Bands of America since it takes place during the same time as PASIC in Indy.

Funliner Productions – A group of drum corps alum who interview other performers, as well as marching videos such as head cams and reaction videos of shows they admire or were a part of. One such video was the head cam of Ben Gunderson, the flugel soloist from 2016 Bluecoats, and included his commentary along with the reaction of the hosts.

EMCproductions – This guy aged out with Carolina Crown in 2010, marched with United Percussion in WGI, and also marched with the United States Marine Drum and Bugle Corps. He likes to do themes like “No Tick November” which celebrates incredibly clean performances (2009 Rhythm X was one such show, in fact), and also extends to some fun concepts such as learning the solos which beat him at I&E.

What reaction videos do you enjoy, marching arts or otherwise? Post links to them in the comments below and I’ll check them out. 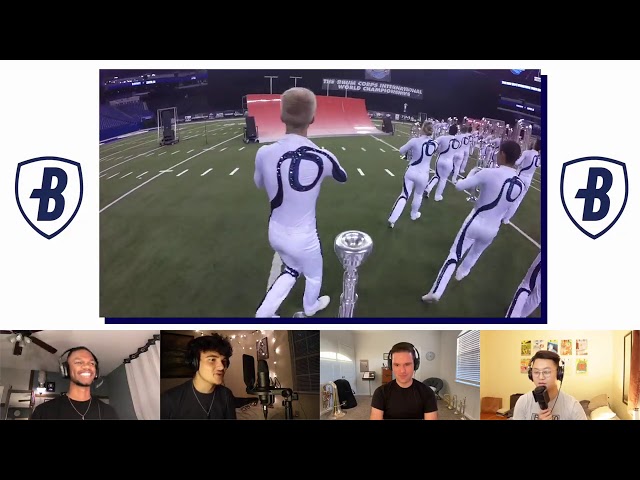